Use Various Methods to Hold Vehicles for Shorter Transfer Timing

Use Various Methods to Hold Vehicles for Shorter Transfer Timing

Perhaps one of the greatest benefits of having a comprehensive transportation system is that customers can travel between various lines with relative ease. Unfortunately, short connection timing can sometimes jeopardize connections and/or require customers to wait long periods of time until the next vehicle arrives. In order to better serve customers, a method of inter-vehicle communication should be established to enable vehicles to hold for one-another.

A case of this on the Regional Rail was originally first witnessed during observation during the week of 6/9/14. A family was attempting to travel from Norristown to the airport. Due to the scheduling of the connecting airport line train, the family would’ve needed to wait 28 minutes in Center City to make their connecting Airport Line train. While the family was told they likely wouldn’t be able to make it, a fast-acting conductor got off of the train at Suburban and shouted to another conductor on the Airport train to wait a minute for the customers to change. They were, indeed, able to make their connection. Formalizing this practice to enable better transfers could greatly increase customer satisfaction as there would be no need for customers to wait long periods of time until their next train.

During the early 1990s, SEPTA embarked on a project to completely close and reconstruct the tracks between Wayne Junction and Market East stations. While many services were suspended entirely, service on the R2 Warminster, R3 West Trenton, and R5 Doylestown lines continued from their outlying origins to Fern Rock Transportation Center. At Fern Rock, customers were able to transfer to the Broad Street Subway for service to Center City Philadelphia, a connection highly publicized in the RailWorks brochures and timetables (seen in Figure 25 and Figure 26). In order to ensure this transfer was as painless as possible, SEPTA established a temporary practice of holding BSL trains at Fern Rock for approaching Regional Rail trains. In order to facilitate this, Dean Orbeck (the former head of Fern Rock) would stand at the top of the ramp and use binoculars to visually determine if a train was approaching. He would then radio to the operators at their scheduled departure time whether or not the train was clear to depart. While the entire practice of holding BSL trains for transfers was abolished with the end of RailWorks, the sentiment behind holding connections remains: customers remain much more satisfied if connections are maintained between modes.

One of the most basic ways of enabling better transfer timings simply involves alerting operators to hold their vehicles at stations upon the approach of another line. The problem lies when an operator is unable to see an approaching line. While the binocular/radio solution worked previously at Fern Rock, such a setup today would be neither practical nor feasible (yet alone a practice which could be adopted systemwide). To mitigate the aforementioned concerns, New York has recently employed Holding Lights that illuminate when a train is nearing a station. This could be used in a variety of settings, most notably at major transfer stations from bus to rail and from rail to bus. The exact setup at these stations would need to be custom-tailored to the station’s operation; however, holding vehicles for better customer connections could greatly reduce customer trip duration and increase overall customer satisfaction.

Upon further investigation, it was found that SEPTA was actually one of the pioneers in Holding Lights. These lights are employed at a number of locations throughout the system: 69th Street TC (N, S, and W), Gulph Mills, Frankford TC, Olney TC, Fern Rock TC, and Norristown TC. Per the rules by which they are governed (BRD-102, 29-MS1, and 29-NR1), lights are illuminated upon the arrival of the highest-priority vehicle at the respective station (the NB NHSL at Gulph Mills, the MFL at 69th and FTC, the BSL at Fern Rock, and the NB BSL at Olney). Unfortunately, these lights are not used mid-day when service is considered to be “frequent enough for missed connections to not be as impactful.” Unfortunately, this statement is frankly untrue. Many suburban bus routes operate with hourly midday headways, causing one missed connection to drastically increase customer waiting time. Granted, there is the risk of buses being held indefinitely with the seemingly perpetual MFL and BSL arrivals during rush hours and mid-day. However, having the indicator light operate for a shorter duration is one potential solution to the perpetual operation problem.

In addition to the concerns related to the usage of pre-existing holding lights, there is also the need to expand the practice beyond being one-way at major bus terminals and transfer points. No holding lights are currently in place at any Regional Rail stations, especially those where train to bus connections are common (such as Overbook). In addition, the holding lights are currently only operated one-way, making them ineffective at holding connections for both legs of one’s trip. For example, many times one will find themselves having just missed the NHSL because a bus arrives Gulph Mills at the same time as a train, but the train has no way of knowing a train has just arrived. Such a signal could be triggered in a number of ways, such as an RFID tag detecting a bus’s approach via a sensor on a nearby street, a sensor in the ground of the driveway that can detect a vehicle arriving in the station, or via the GPS on the bus that could wirelessly illuminate the signal upon arriving within a designated radius around the station. While the various implementation expansions are obviously up for evaluation, the need for one to be used throughout the system is clear. 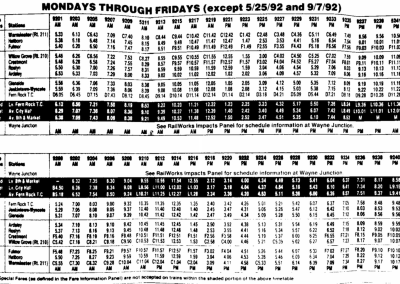 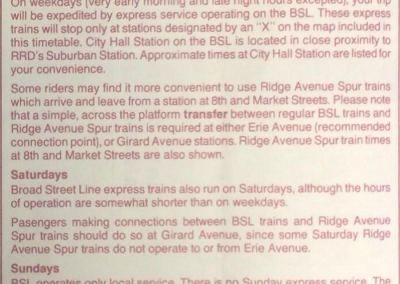 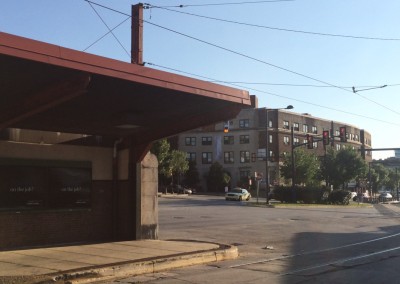 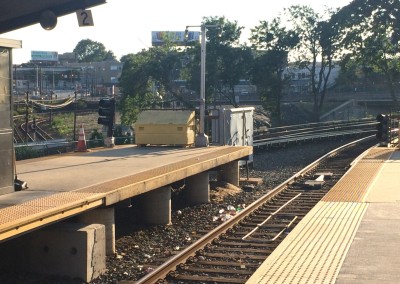 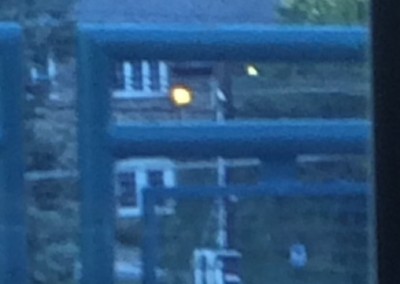 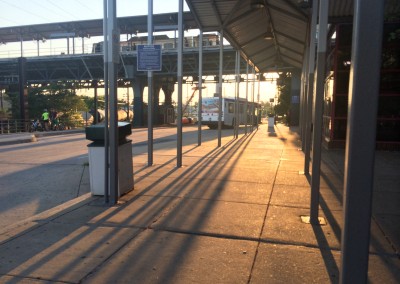 Quite a number of VERITAS tickets relate to inter-vehicle transfers: