One of the most prominent reasons customers avoid using SEPTA or walking in the concourse is not that they aren’t safe, but rather that they feel as though they aren’t safe. In order to mitigate the actual safety problem, SEPTA has worked tirelessly to install security cameras throughout the entire system. While this is wonderful in terms of actual safety, many customers incorrectly assume that they are merely being recorded for use as evidence rather than being actively monitored (as they are). Making the public aware of these cameras, through the use of advertising or other means, would likely go a long way to improving customer perception of safety (especially with regard to station access and waiting).

One of the most impactful and inexpensive solutions to this problem would be to film a brief video with SEPTA Police Chief Tom Nestel explaining how cameras are constantly monitored from the secure control center. This video, which could be produced for virtually $0, could then be uploaded to YouTube and distributed via social media. While this campaign would easily reach younger audiences for whom engagement on social media is an everyday practice, those most likely to be concerned about the cameras are likely to not be as heavily engaged on Social Media. As a result, posters or printed advertisements showing the control center actively monitoring the cameras could be worthwhile (although one would have to weigh the benefits against the monetary costs).

After speaking with Chief Nestel, various concerns were raised with regard to such an advertising campaign. Most notably, while video cameras are monitored, their primary functions are emergency response and recording. As a result, advertising in such a fashion could negatively create the expectation of complete safety under the incorrect assumption that every camera is constantly monitored (a feat which is not possible due to labor constraints). Further, doing so could place an undue burden of liability on the agency as one could easily sue for damages if injury occurred in front of a supposedly-monitored video camera. As a result, the emphasis of any campaign should be to detail the program’s operation (i.e. that cameras make response times much faster and more effective in addition to providing evidence for convictions). 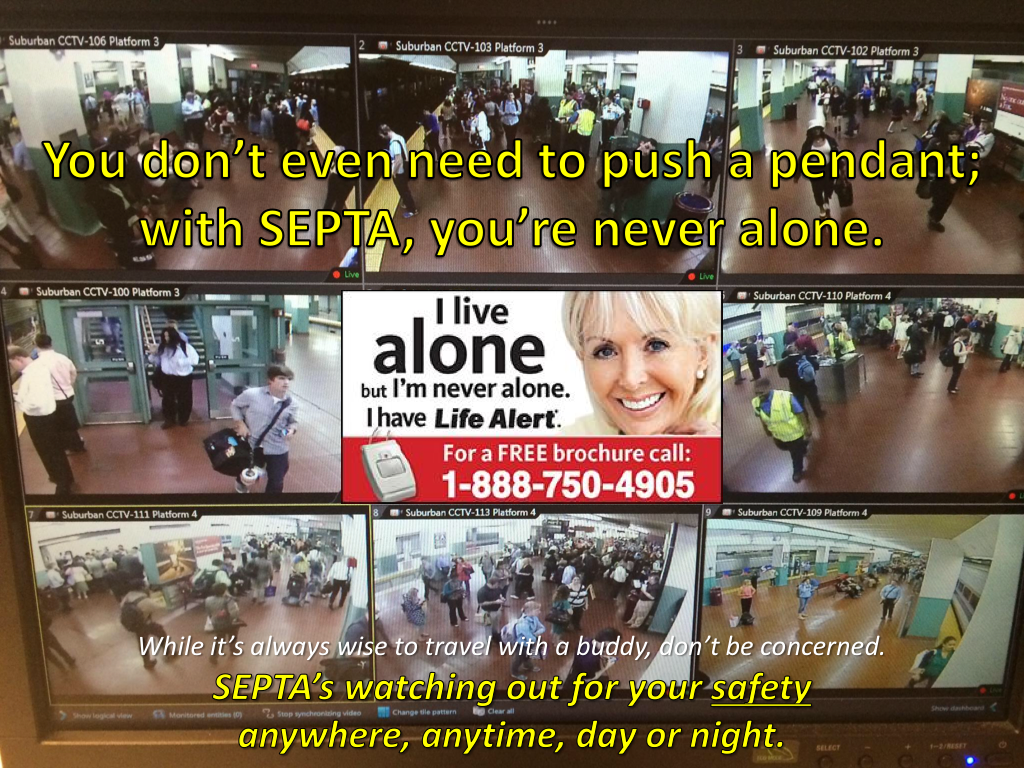