Stations are the life-blood of SEPTA’s non-bus services. As such, each station is featured with a page on the SEPTA website. While the current pages provide useful information about a station, there is still room to increase their comprehensiveness. Take, for example, a customer living in Strafford. They know that there is a train from there to Center City Philadelphia, but they don’t know what train to take. They go online to the station page (if they can even find it) only to realize that the station information doesn’t answer some of their most basic questions. Adding more useful information to these station pages is essential to bettering Customer Service for both infrequent and frequent riders alike.

This fix is one that can be accomplished relatively quickly and with absolutely no monetary resources. Some ideas for bettering the station pages include approximate travel time to Center City Philadelphia, outbound train destinations (such as Paoli, Malvern, or Thorndale for the aforementioned example), and specific train schedules for that individual station (a practice in place on the LIRR – in person and online – and NJ Transit – printed timetables only). Adding photos of stations could make locations easier to identify, including which of the two platforms provides service to Center City Philadelphia. This would also make it easier to find the station from the street, as some stations can be obscured with signs not appearing until the very last second. A third possible extension of these station pages could be a form of station alerts. In this case, customers would be informed if there was a problem affecting their subscribed station (either due to a service disruption or weather act of g-d). One example of this includes sending a text message to customers if their subscribed parking lot is likely to flood due to drainage and weather conditions. Currently, customers must rely on signage at station warning them of this fact, but of nothing else. 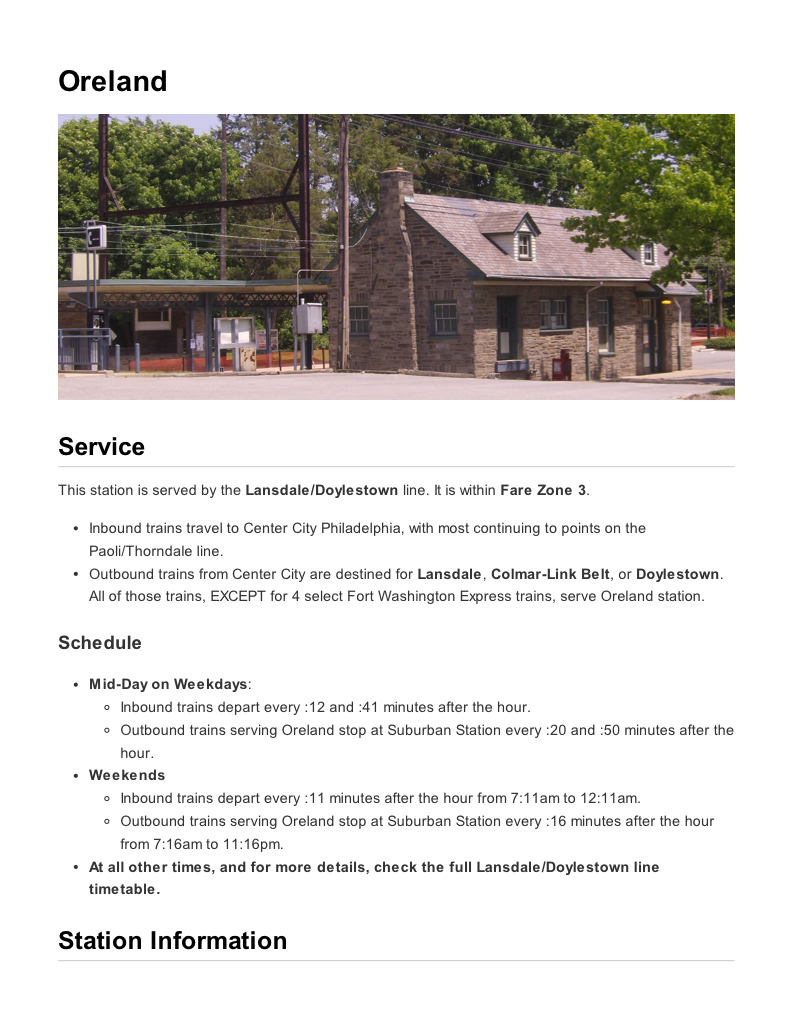