It’s a common challenge on train station platforms: knowing where to wait. For agencies, managing platform waiting is a difficult balance to strike. With no platform indicators, customers have to unsafely run along the platform to make their train, leading to decreased safety, increased dwell time, decreased OTP, and decreased overall customer satisfaction (especially if a customer misses their train). Conversely, indicating precisely where doors open on platforms can lead to overcrowding at doorways and causes station platform capacity to be underutilized. Understanding and managing this balance, indicating door boarding areas is preferred. However, only if some of these concerns are mitigated can platform boarding be improved.

Perhaps the ideal implementation for the indication of boarding areas is a combination of practices found at foreign subway stations as well as those used at many Amtrak stations. Most foreign subway stations, particularly those in Asian countries, employ platform markers to indicate the precise locations at which train doors will open. While this works well with subway systems where trains consistently run with the same number and location of doors, the same is not true for the majority of SEPTA services. Broad Street Line trains operate with varying car lengths, causing regular variations in boarding locations. On the Regional Rail, different equipment features different door locations in addition to varying car lengths. These problems make permanent boarding indicators unable to solve the problem. Given the challenges facing varying-length boarding locations, Amtrak uses platform location markers to indicate where doors will open on a given platform.

At high-volume Regional Rail stations, a combined solution could be employed. Regional Rail trains frequently stop in the same location every day; markers on the platform could designate door opening locations at every possible position for trains of every length and model. LED Display Signs would then be able to identify very specific boarding locations. Take, for example, the case of a 5-car SLV train from Doylestown to Paoli. Signs would not only be able to indicate that doors will open in all five cars, but they can also indicate if rear cars will be closed after Center City as well as where to wait for the QuietRide car. There are some technical challenges related to the Regional Rail implementation, most notably related to gathering the equipment data for each train. However, given that this information is already known and maintained by the control center, adding the information to station display boards would not be such a challenge.

At outlying stations, implementing the same practice of door indicators would actually be relatively easy. Color-coded numbers could indicate the precise stepper at which doors will open given the length of a train and the train’s equipment. This information could be disseminated to customers through the preexisting signs on some regional rail stations or via automated “train approaching” announcements. The use of a platform “green zone” similar to the LIRR could also be effective in ensuring customers wait where the doors are sure to open. However, unlike the LIRR, the primary problem facing SEPTA is that of customers crowding and failing to make use of all open cars.

In the Rapid Transit side, the easiest implementation would be on the Market-Frankford line (as trains tend to regularly stop in the same place). Adding a simple paint strip similar to that found in most Asian countries and many Montreal Metro stations (seen in Figure 13) would improve station boarding and ensure passengers aren’t waiting directly in the way of detraining customers. 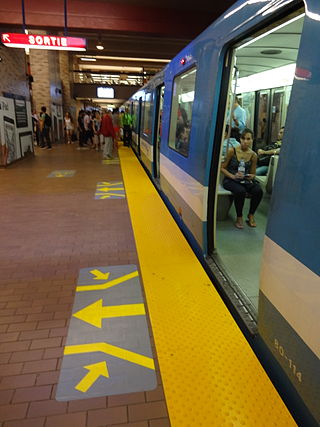 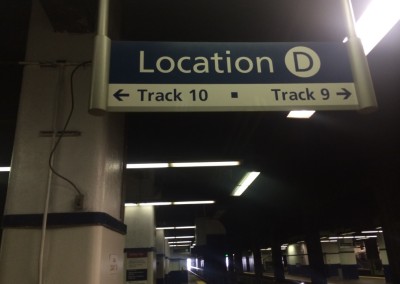 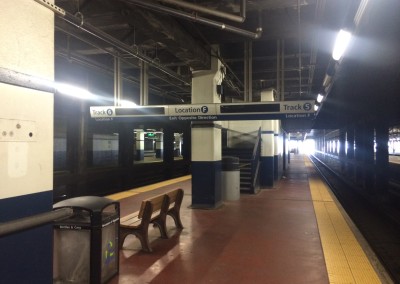 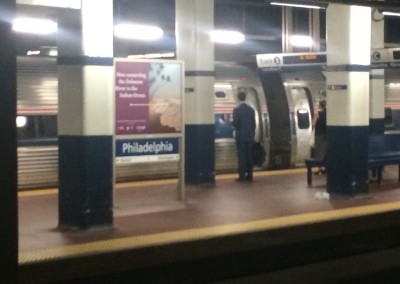 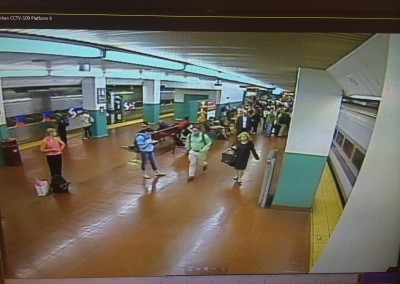 Security camera photo showing that, when train length is not announced in advance, customers congregate near where they know doors will open (leaving the rear cars relatively empty).