The introduction of the QuietRide program was perhaps the most successful CS&A initiative to-date. Unfortunately, it is sometimes difficult to enforce on trains. From direct observation, conductors on SLIV equipment were much more likely to announce the presence of a QuietRide car compared to those operating SLV trains. This is likely due to the use of automated announcements on the newer trains. As such, in order to ensure customers remain quite satisfied by the QuietRide program, automatic announcements of the QuietRide designation should be implemented.

Of all the fixes presented in this compilation, this is perhaps the simplest to implement. All that would have to occur to make this a reality is a mere re-programming of the onboard regional rail announcement system. In terms of the actual content, the ideal implementation would list “This car is the QuietRide Car” and other cars would say at the first few outbound stops, for QuietRide service, walk forward to the first car. 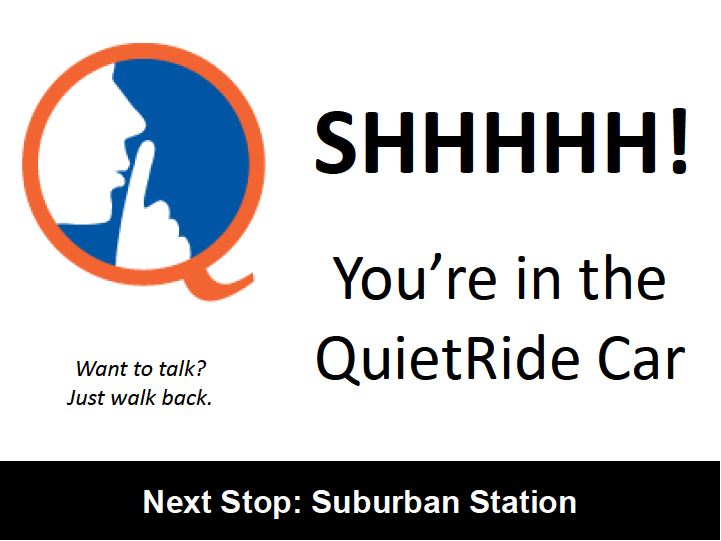 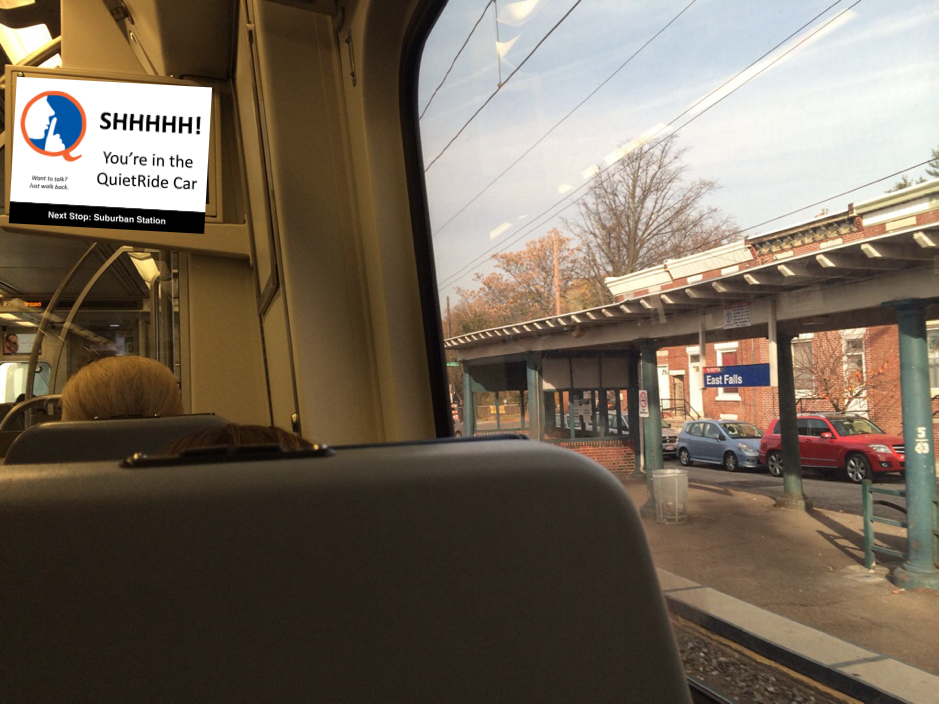 After the initial idea proposal, this idea was speciously labeled as an “Immediate Fix.” Unfortunately, after having discussed the potential technical implementation with both Mike Zaleski and Charles Tuzzo, it became apparent that the technical capability of having per-car signage is not currently feasible. In order to do so, an overhaul of the SLVs backend computer system and respective web database would be required. Since such funds will likely be appropriated along with the SLVI or Bi-level procurement, this functionality would not be capable until the sooner of the two is approved and completed.

Upon the completion of the aforementioned computer system upgrades, communication should develop the official signage (tweaking the proposed SLV Sign Mockup shown in Figure 35 and Figure 36). Once the signage is approved, it merely becomes a matter of having someone in Charles Tuzzo’s office upload the image file to the sever, allowing it to be displayed on the first car of every trainset.